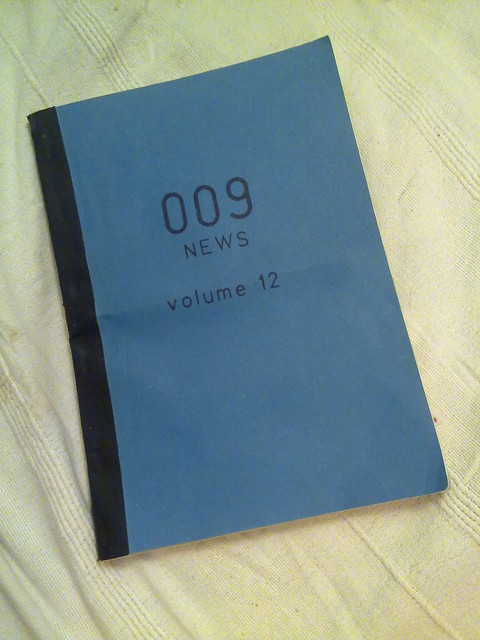 This weekend I’ve had the opportunity to study a fascinating historical artifact – or, less prosaically, a bound copy of Volume 12 of the OO9 News. This dates from 1984/85, a time when I was just coming to understand that a thing called “narrow gauge” existed, let alone that there were groups devoted to modelling it.

Seeing a whole year’s worth in one go also serves to highlight the little narratives which thread through a small organisation run on modest resources – the repair of the editor’s typewriter leading to changes in typesetting, the beautiful hand drawn adverts from Brian Clarke’s Saltford Models, the discussion of pending new products that are now (in 2010) either Parkside Dundas staples or else long unavailable. Layout and stock plans and prototype information abound, making these early issues a goldmine for a modeller after details. Many contributors’ names are also familar, others are lost either to other interests or the passing of time.

By the time I first joined the OO9 Society in around 1995, the magazine was a much slicker affair and today it is one of the best specialist publications in the hobby, but even though the production doesn’t compare the enthusiasm and wealth of knowledge is apparent both now and then.