So where is it?

Now I know roughly what the new layout is going to be, the next question is: where is it?

The original concept of the HWLR was for it to run north from Rye on the Sussex coast to Tenterden, where it would assume the route of the Kent & Sussex Railway as built to Headcorn and then on along the authorised extension to Maidstone. Branches to Hawkhurst and Cranbrook provided the settings for Dave Holman’s O16.5 layouts. 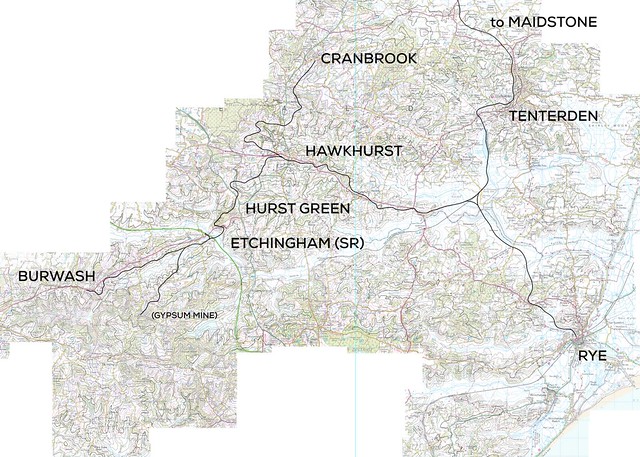 My interpretation of this extended the Hawkhurst branch further – west to Hurst Green and then down to Etchingham for a connection with the Hastings-Tonbridge line (rather than the K&ESR which took the flatter route via Northiam to Robertsbridge) and further to Burwash with an eventual target of Heathfield in mind. Ambitious, certainly, but in the slightly parallel realities our model railways tend to inhabit we can assume that it was made to be.

From all of this, which section is a candidate for a preservation project (that also suits my track plans)? 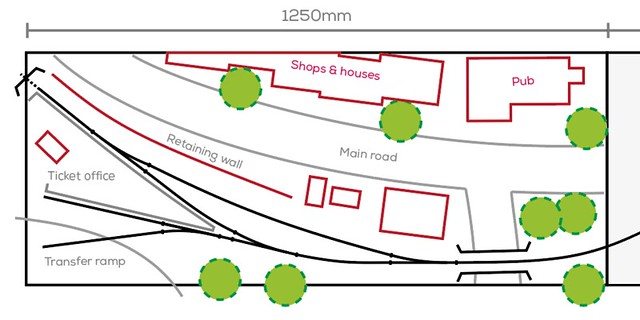 Phase 2 is fairly easy – Burwash is a very attractive village and the buildings of the high street would make a good setting for the simple terminus planned here. If we say that the last part of the HWLR to operate pre-preservation was the gypsum mine branch to the south east, running to an interchange at Etchingham on the Hastings line we can probably drag it’s survival out to the late 1950s or early 60s when it was replaced by a conveyer belt system (in reality this runs down to Mountfield sidings between Robertsbridge and Battle). If the initial focus of restoration was east towards Hurst Green and Hawkhurst (perhaps another fictional gypsum mine in that direction kept that section going as well) then Burwash can be a fairly recent re-opening with ‘basic railway’ infrastructure. 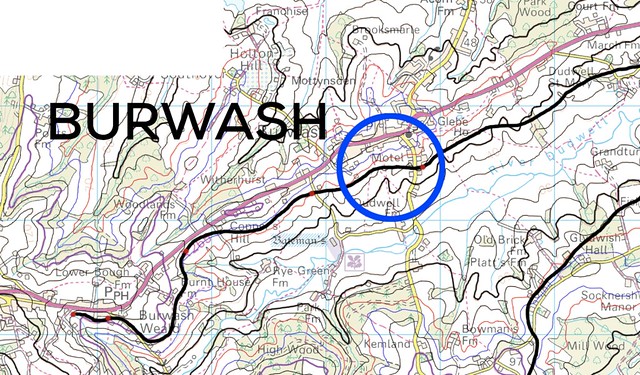 The main village high street is on a ridge, climbing east to west, and School Hill from the south rises sharply to meet it. At the junction itself is a war memorial and a pub across the road. So far so good.

Having the railway bridge over School Hill would send the trackbed through a church yard on the east approach but I’m sure we can massage geography a little to suit. 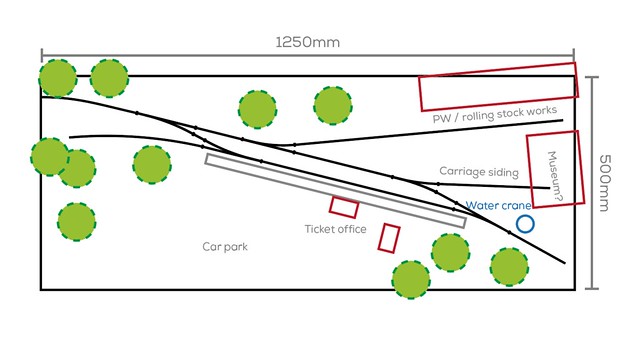 The Phase 1 end I’m not so sure about. I have a fairly clear idea that the setting is going to be an ‘edge of town’ location where further progress along the original trackbed is no longer available – so which town? 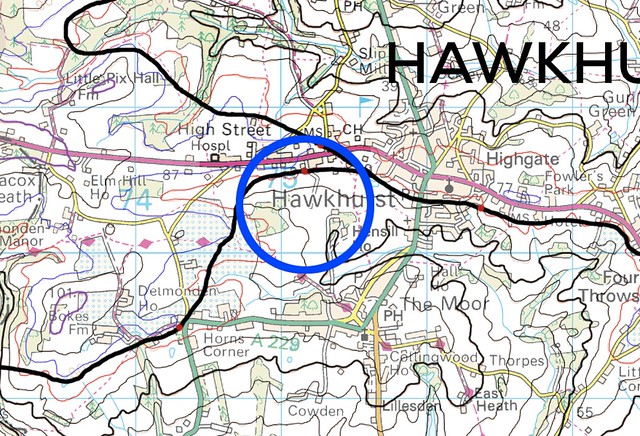 My first option is Hawkhurst, where on my fictional map there were small halts on both sides of the A268 just as the Cranbrook branch diverged to the north. The southern halt has become the natural limit of the railway and grown into a substantial preservation era terminus.

This would give an approximately 7.5 mile railway in preservation. 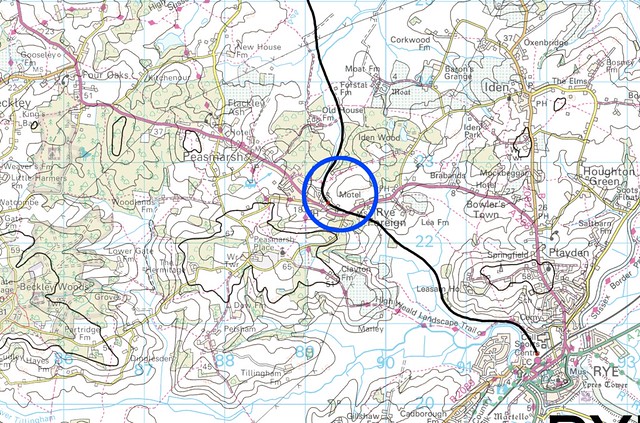 The second option is to go all the way to the edge of Rye, which via Hawkhurst makes for a 20-21 mile railway and a very different proposition in terms of resources and rolling stock needed to operate. Between Peasmarsh and Rye on the A268 is the delightfully named Rye Foreign which would be a brilliant station nameboard.

The scenery here is much flatter and more rural so would be as much a contrast with Burwash as the slightly grander surroundings of Hawkhurst.

While I would love to pretend that there was a 20 mile long 2’6″ gauge railway up the road from my house, the shorter version feels more plausible. There is also the point that “Fairlight” in this version of reality is a fictional town with attributes of Rye and Hastings old town – roughly midway between the two. So the final option is make the Phase 1 terminus Fairlight “Something” and invent an equally fictional identity for a town in place of Burwash.