Progress on the new layout has been slow over the past few months, but not non-existent.

Having bought a large sheet of 100m thick insulation board (the yellow stuff) I’ve cut it down to form the three main baseboard sections. This is a messy job – use a dust mask! – as cutting it with a regular saw leaves a rough and fragile edge and lots of ‘crumbs’. I developed a technique based on cutting slightly oversize with the saw and then marking up the final cut with a long Stanley knife blade and carefully trimming with a decommissioned bread knife. This resulted in some quite thin shavings which I christened ‘carpaccio of Celotex’. 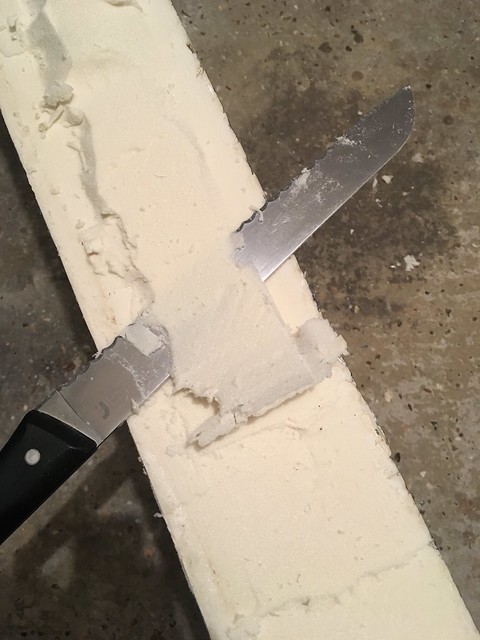 Even though this makes for a much smoother and cleaner edge it still produces dust if you rub against it so – to preserve my sanity in the confines of the garage while the boards still need a lot of moving around – I’ve sealed the edges with duct tape. Looks ugly but once the fascia is on at the end no one will be any the wiser. 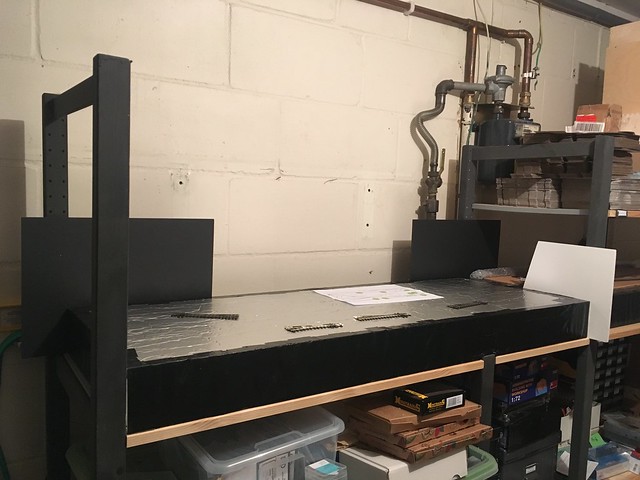 So now that the boards are in place I can get on with trying out the track layout at full size. Here the PW dept’s newly acquired diesel from East Germany, still in remarkably pristine condition, waits on the site of the future platform road at Fairlight Heath* with a short works train. 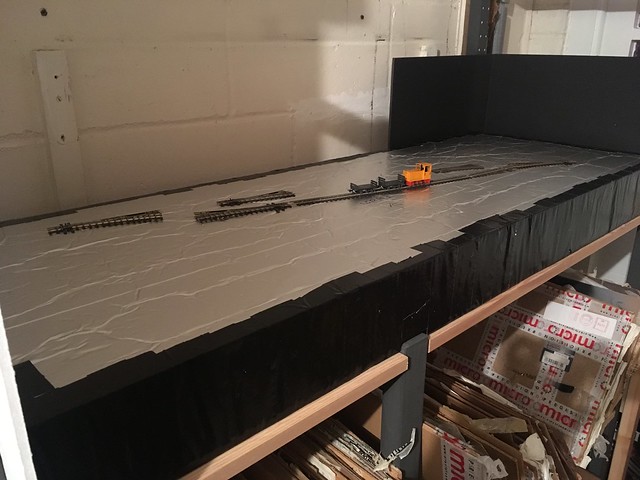