Uncharacteristically, I’ve been pushing on with track laying rather than procrastinating. It seemed to make sense to use a sub base on top of the foil surface of the insulation board, both to allow flexibility in the layout and to compensate for the slight irregularities in it. I built this up from layers of 3mm foamboard, in sections, with extensions to support the point operating wires. 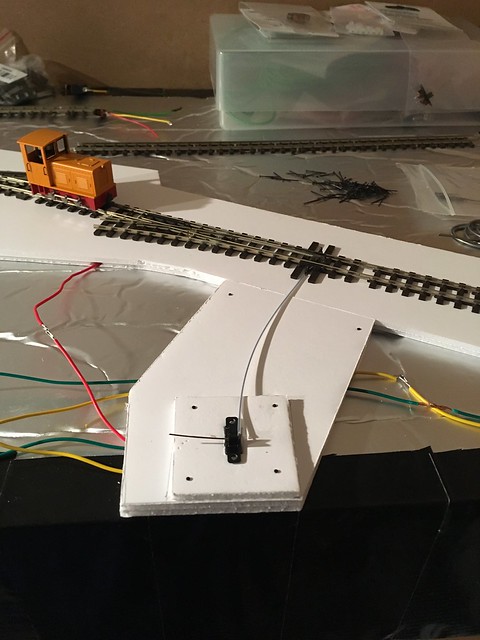 These parts were carefully cut to allow the switches to be fitted – they have a suitable throw to operate these 009 points as well as switch the frog polarity – and with channels for the wiring to feed through. 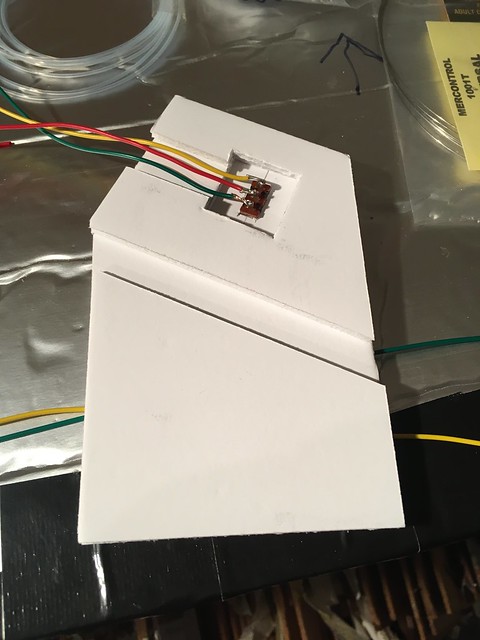 With the advantage of using simple tools – craft knife, wire cutters, glue gun and solder iron – this came together pretty quickly, taking an hour or two each evening over a week. 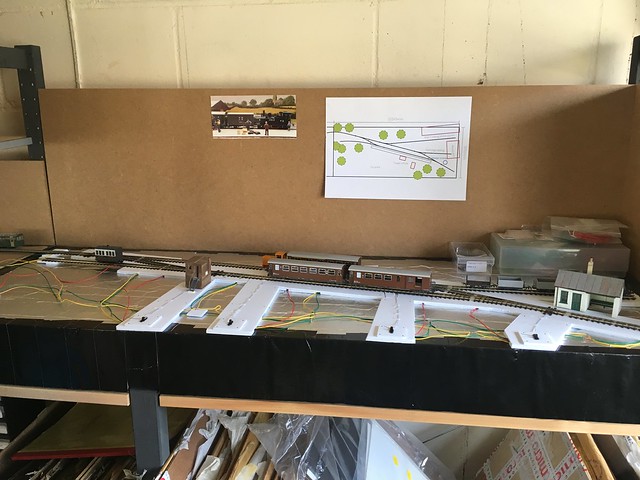 As things progressed, though, I found that the track alignment wasn’t quite as accurate as it could have been and the tracks of the loop tended to widen throughout it’s length. The result was that a fairly elongated crossover was required to bring them back together, and the lead in track from the fiddle yard ended up shorter than I wanted.

At this stage it wasn’t too late to make changes, and after considering things for a couple of days decided to adjust it. 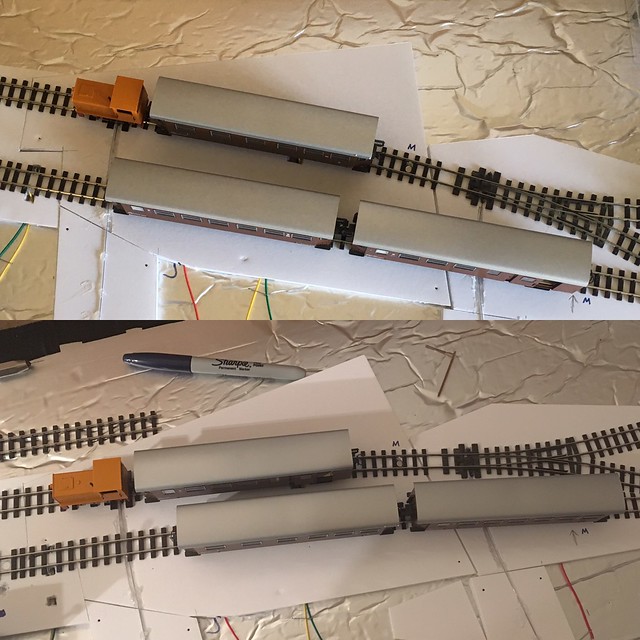 By bringing the track spacing down to 40mm (it was previously up to 60mm at it’s widest) I regained a few centimetres of lead in and found that the whole station site was on a subtle curve – not quite as planned but nevertheless a pleasing result. 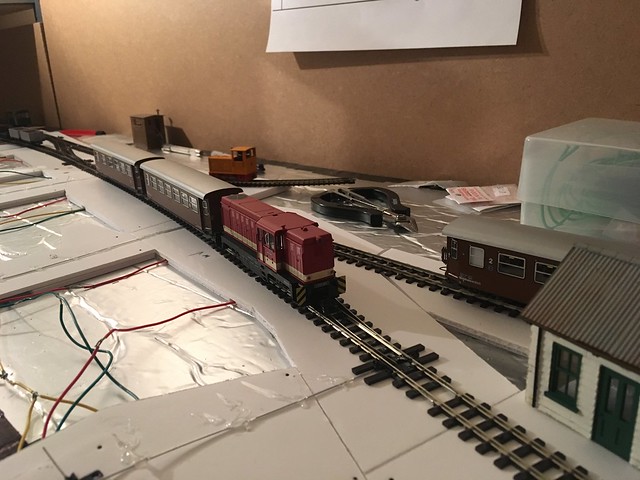 The final positioning of the sidings, plus their isolation sections and uncoupling magnets, still needs to be done but this feels like a good step forward. Having a working layout is great!