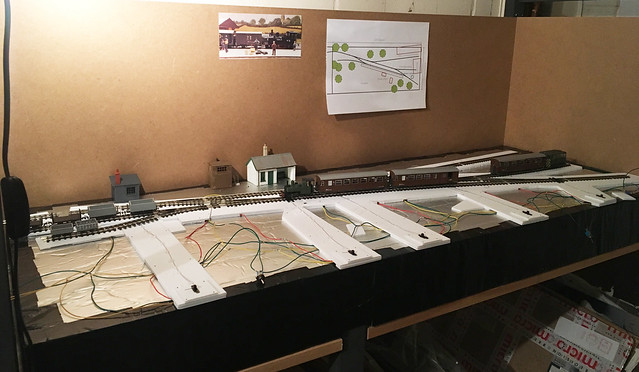 Seen above is probably the most progress I’ve made on a model railway in more years than I care to remember. Being able to have a dedicated space at home for the layout has been a real benefit – I know many people aren’t in that situation, and I wasn’t for a long time, but the ease of leaving things one evening and picking them as they were the next has undoubtably contributed to my rate of progress.

On the left hand end I’ve added an extra point versus the track plan to create an additional siding, these are intended to represent the slightly overgrown places you’ll see at any preserved railway where rolling stock waits to be restored. In fact much like this photo I took at the Amberley gala over the weekend. 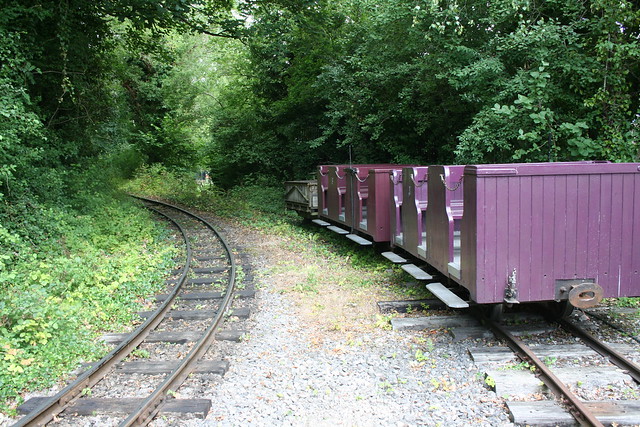 I’ve added a (minimal) height difference between the sidings and mainline as well to hopefully accentuate the difference when I get to ballasting. 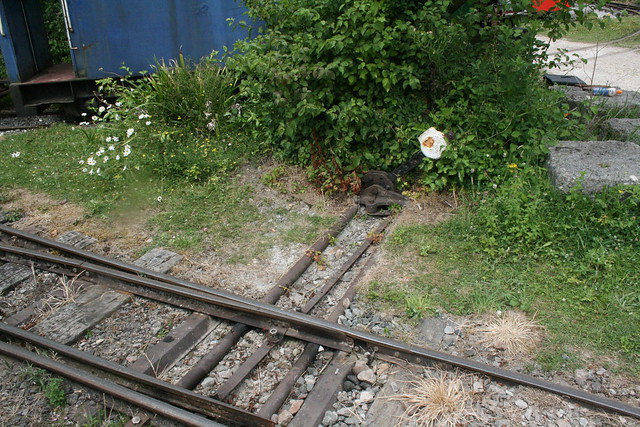 I also took a few photos of varying forms of point control, from simple levers to more involved remote operation via ground frames and point rodding. The next task before ballasting can start is working out what ought to go where. 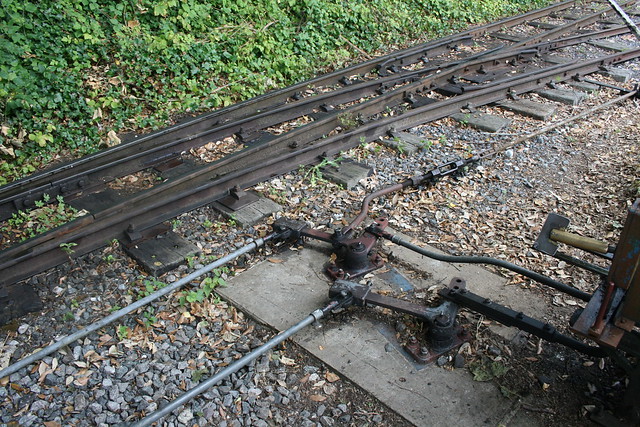