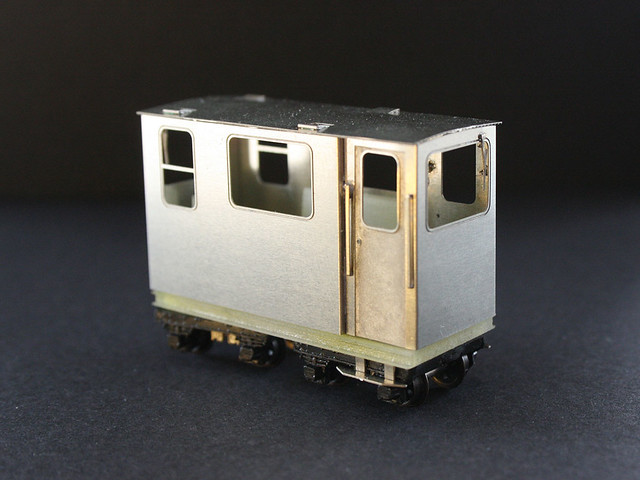 By my standards, under a year from considering a project to it becoming a thing is some kind of speed record. Presenting the RNAD crew van, an 009 kit in 3d print and etched nickel silver. This has leapfrogged a couple of other projects because a) I liked it when I saw one at Corris Railway last April (and later worked out they are at other places including Amberley) and b) as it’s effectively a box on wheels would be fairly easy to design.

It is now listed at Narrow Planet and also available from Parkside Dundas and (when I have more stock to give them) the Ffestiniog & Welsh Highland Railways shop.

As for here, evidence from lack of posting is probably a good sign that I’m not much of a layout modeller of late. Not only lack of time but really coming round to the realisation that the bit of the hobby I really enjoy is designing and making things that are useful to other people. So I’m calling time on this blog. I have some work to do on the Narrow Planet website and when that is completed intend to switch to product development focussed updates there instead because that will give a lot more to talk about and it doesn’t feel right being so blatantly self-promotional in this format.

Thanks for all your comments and feedback over the years, and see you again soon!